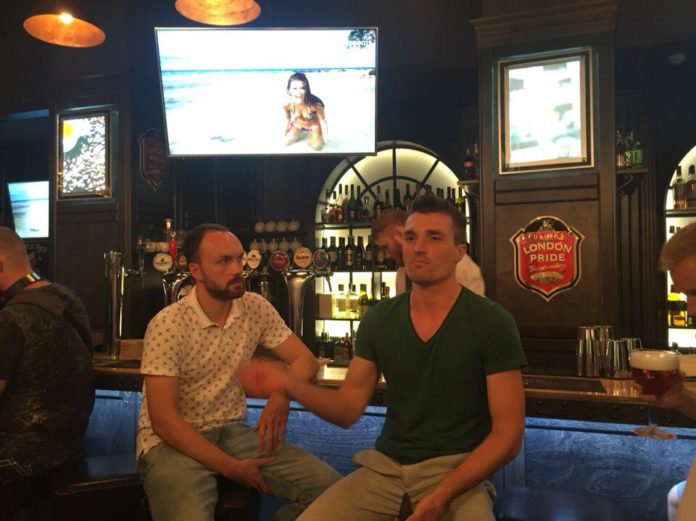 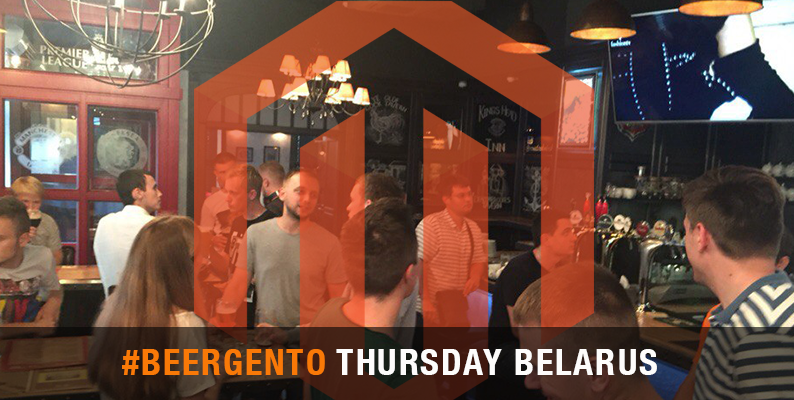 The idea of such an event format isn’t new (if you search Twitter for the hashtag #Beergento, you’ll see that the guys from Interactive4 had somewhat of the kind a couple of years ago), we tried to reinvent it a bit though.

What we aimed at was: 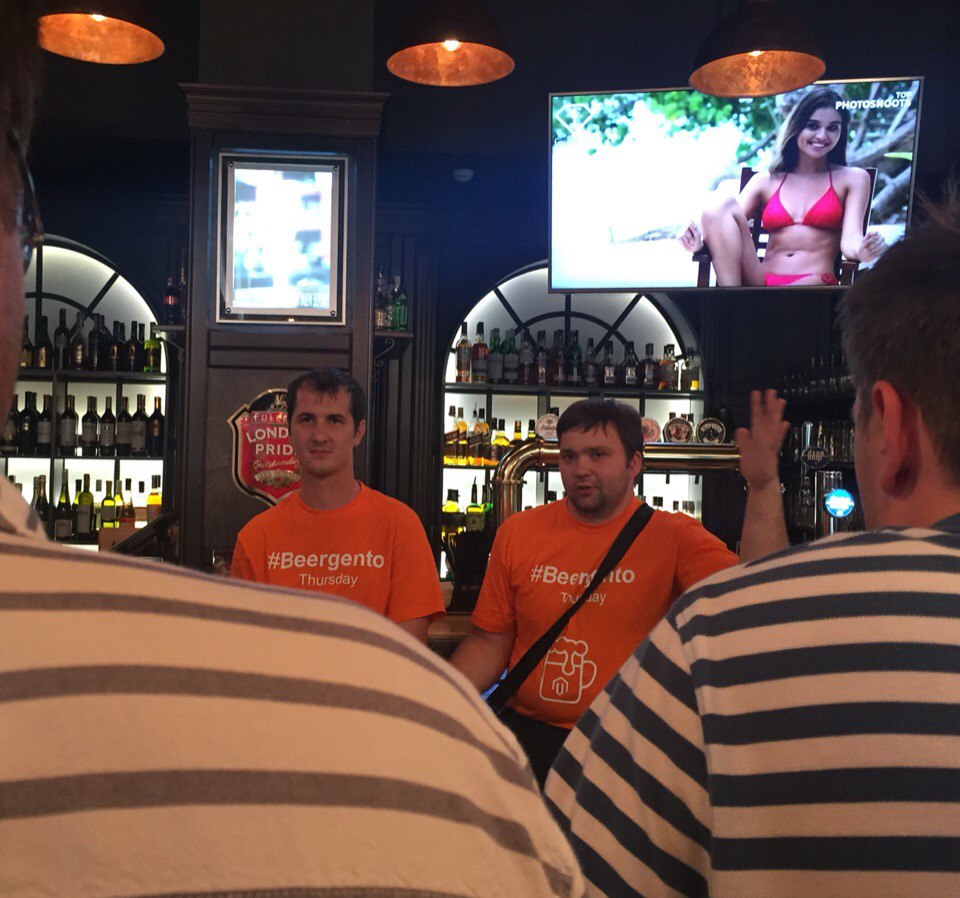 Left to right: Leonid Tomashevsky, Vitaliy Charnou of Aitoc (above – a nice girl in the bikini).

2. Yakov Borsch of Mageworx revealed some secrets of Knockout JS. 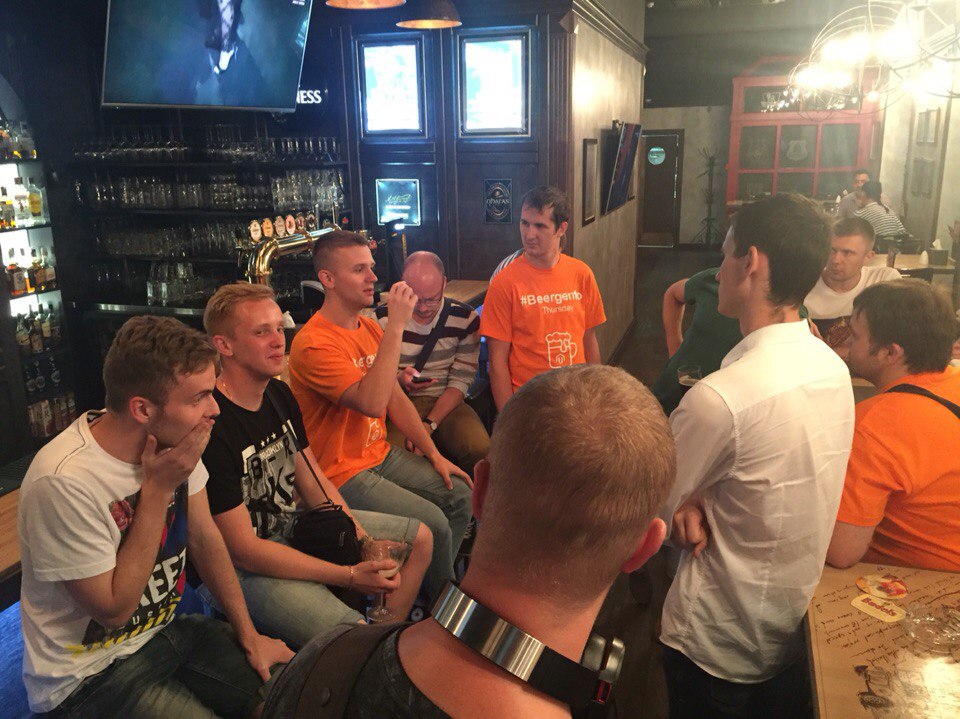 3. Next, Alexander Martinkevich continued with describing the main Magento 2 developer pain points (which triggered an interesting discussing among our developers). 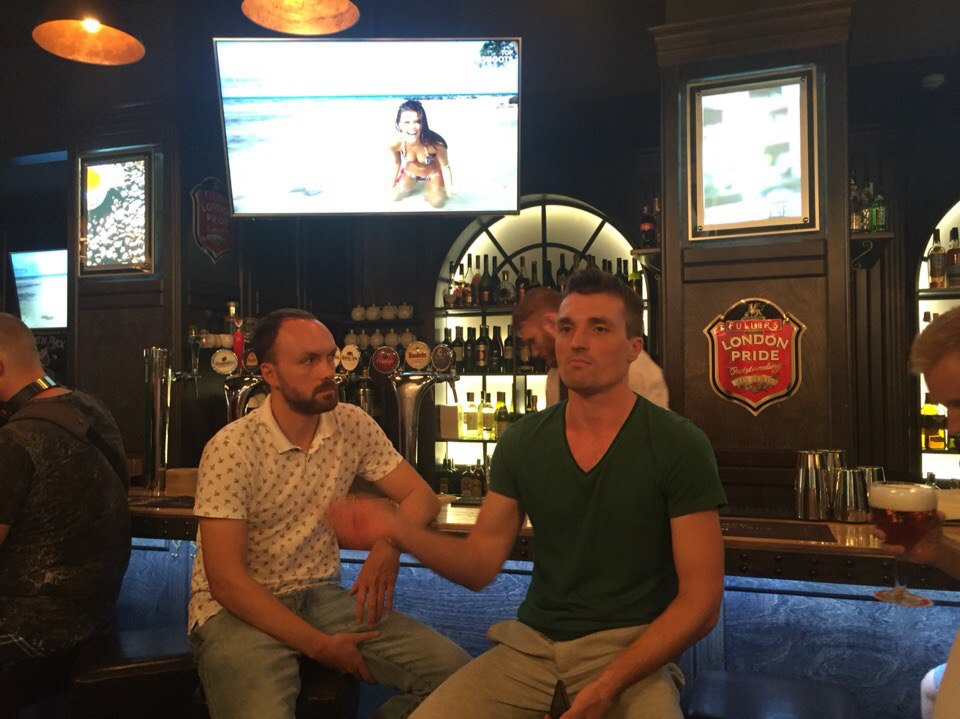 Left to right: Hleb Leushunou of Aitoc and Alexander Martinkevich of MageWorx (above is the girl you already know:))

Also, after the official part, we all discussed the prospects of Magento 2,  the challenges all developers have to deal with at the moment and the way the platform may evolve in the future. 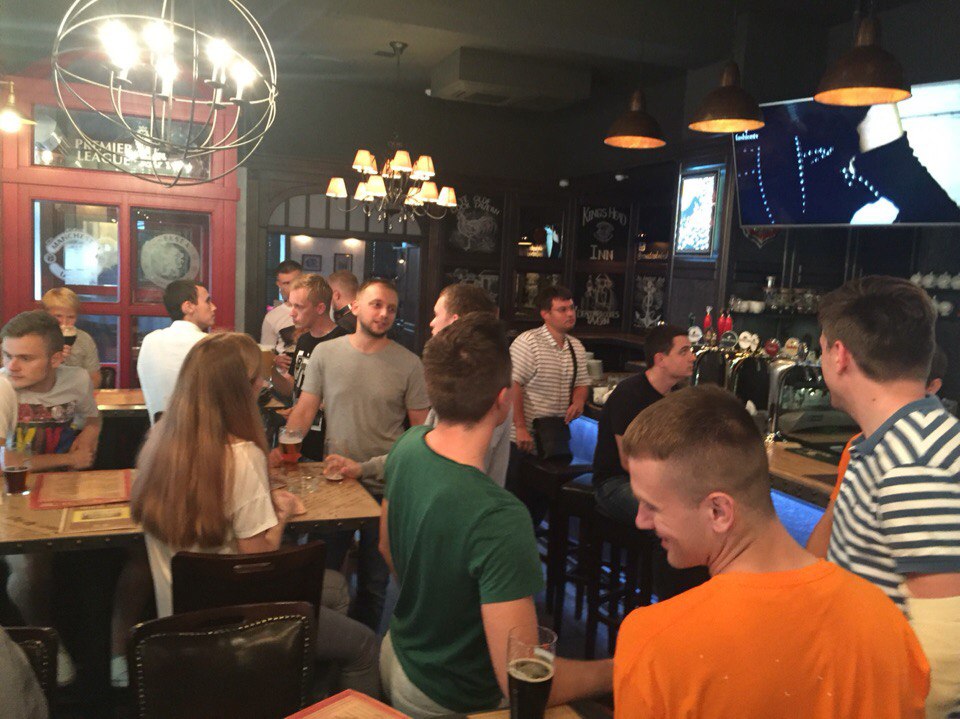 P.S. We thank the Aitoc team for organizing the event, Webtex Software and AheadWorks teams for joining the party. 🙂

The MageWorx team is looking forward to the next Beergento Thursday – are you? Stay in touch and see you next time!