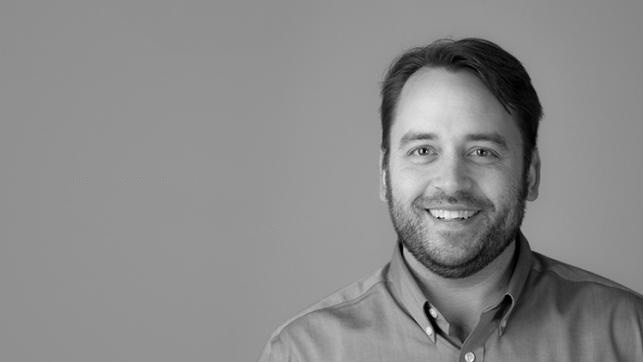 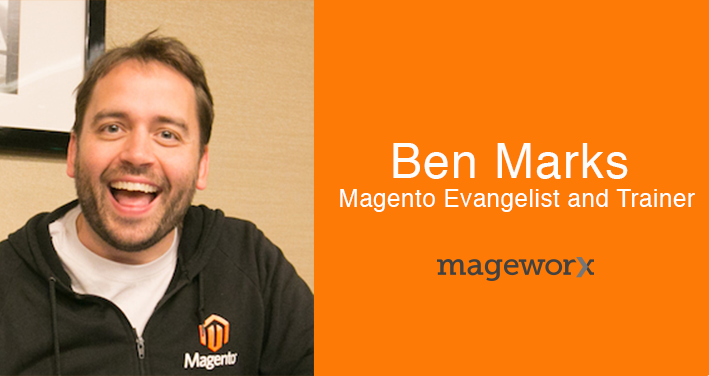 The opportunity to meet top Magento folks doesn’t occur but once in a while, but when it does, there is a great chance to get an exclusive backstage sneak peek and learn the industry insights. Such was the case when I connected with Ben Marks, Magento Evangelist, and Trainer. At the Developers Paradise conference, we talked about the Magento Community, the feedback on Magento 2 and the future of the eCommerce platform.

Vitaly: Ben, Magento 2 was officially released about half a year ago. You’ve been monitoring the community and collecting the feedback all this time. In general, what do people say about the new version of the platform? What kind of feedback are you getting?

Even when people come up and say ‘I am having a challenge with developing something on Magento 2’ or ‘I don’t understand how this works’, it’s usually followed up with positive comments on the new version of the platform.

Magento 2 is really good and it’s good to work with.

Vitaly: From the developer’s point, what is the biggest improvement in Magento 2 in comparison with M1? And how the community helped to make the new version of the platform better?

Ben: Well, you know, it’s hard to single out only one improvement.

While building Magento 2, we globally changed our approach to a lot of things, which resulted in a complete overhaul of the platform’s mechanisms, tools, and architecture.

We’ve learned a lot from the development pain points with M1 and did our best to build M2 with a developer in mind. For example, XML, Schema, XSDs, etc. — all these things were added and optimized in Magento 2. Because, you know, as a developer, you want to focus on custom development itself, and avoid answering the questions like ‘Am I writing the correct form of the markup?’.

Also, when working on Magento 2, we created a set of tools aimed to optimize the development process. For example, we’ve introduced a new Command Line tool that will let developers do their job faster.

As you may know, with Magento 1 the community did their best to make up for the missing functionality. For instance, they created various tools, like MageRun, to make the life of Magento developers easier.

Back to the topic, another improvement I’d like to mention is Magento 2 architecture. This architecture is designed knowing that people are going to want to replace things. For example, you don’t like phtml for templating and you want to whatever reason use Smarty or Markdown? With Magento 2 adding just one line of dependency injection in XML, and you can switch it to a different tempting processor.

The fact that the framework itself is completely abstracted out of the modules makes things different.

And the last thing I’ll like to add is that we could hardly make all these improvements without the feedback we were getting from the Community. So the Community made a huge contribution to shaping Magento 2.

OK, now let’s talk about the new Magento Marketplace. What do you think of it? Is it better than Magento Connect? And how the Community can benefit from this new ‘App Store’?

Ben: First, I’d like to draw your attention to the fact that Magento Marketplace is not the second version of Magento connect. Mainly, because we own all the code. For example, if you buy an extension on MC, you’re sent to someone’s else site, where you can’t check the quality of the extension. And that was a big problem. On Magento Marketplace you can be 100% sure of the code quality. We run through code analysis, check any submission for plagiarism. Speaking of the latter, intellectual property theft was and is a big problem on Magento Connect. We analyze all the things and take a very firm stance if someone is trying to steal code and then resell it. Even if we don’t catch such ‘developers’ at the beginning, once we find them, they won’t be able to submit code there anymore.

We make the marketplace the place to go for extensions, where we would be able to control their quality. So I believe, now extension providers could charge a little bit more because you’re not competing with people who are taking your code or ideas and selling it for a lower price.

We want fewer extensions and better quality. I’m sure it will be a good experience for everyone.

Vitaly: Can’t but agree with that. Talking about learning resources, the Community did really a lot to shape the solid knowledge base for Magento 2. What about Magento 2? What learning resources could you recommend to those developers who want to master the new version of the platform?

Next, there are several community and even company blogs that can be great learning resources to master Magento 2.  For example, Alan Kent, our chief architect has a really great Magento blog. Also, blogs by Alan Storm, Fabrizio Branka, Kevin Schroeder and company blogs by Inchoo and Atwix are also worth reading.

Ah, and of course Stack Exchange — it’s a big body of knowledge and perhaps the best place to find a solution to practically any issue you may encounter.

Vitaly: Cool! A lot of things to read.

And the last question. How do you see the future of Magento and its place in the eCommerce world?

Ben: eCommerce will continue to change. We’ve built Magento not to be the most adaptable framework for what’s happening today. We’ve built it knowing things are going to change over the next couple of years. And we want M2 to be around and be a valued application to use even a few years down the road.

We thank Ben for the interview and wish him and the whole Magento team good luck with the further development of the platform.

Interview with Alex Levashov from Magenable

How to gain maximum efficiency with Magento 2. Interview with Max...