Home Magento Community Behind the scenes of Developers Paradise – Interview with Aron Stanic of... 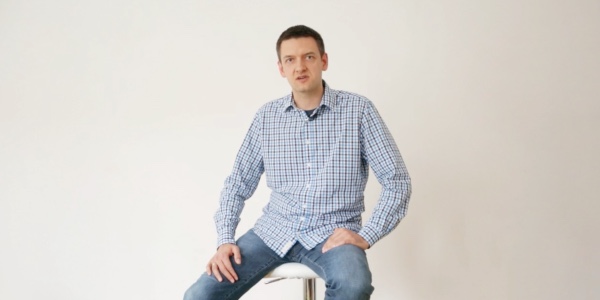 After a 2-year break, it was decided to resume Developers Paradise Magento events again.

This time, the conference took place in Opatija, Croatia, from 25th to 28th April. It was organized and hosted by Inchoo.  This year’s event was entirely focused on Magento 2 and dedicated to various aspects of its development.

Despite the lack of sunny weather,  Developers Paradise’16 was an awesome event, full of insights and practical knowledge on the new version of the eCommerce platform. Mageworx team was happy to be the part of the all it – it was a great chance for us to share our experience and ideas on Magento 2 and just to hang out with cool Magento folks.

I’ve interviewed one of the organizers of the conference – Aron Stanic  – and asked him to tell how he and the Inchoo team managed to organize the event on such a high level. Here is what I’ve learned.

V: Aron, could you please tell a couple of words about yourself and your position in the company. 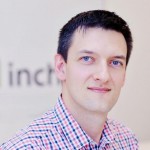 A: Hi Vitaly, it was great to meet you guys in Opatija. As for myself, I’m 38, a husband and father of two amazing little kids, and in my spare time I work at Inchoo 🙂

Here, I’m leading the sales team, working closely with many of our leads and clients. I’ve been around Magento for almost 7 years and not coming from development background, I was happy to at least get a Magento Certified Solution Specialist badge to flash around.

V: Oh, cool. And my first question to you – organizing a conference of such a high level is quite a challenge. Why did Inchoo decide to go for it?

A: Being very active in the community, and after visiting dozens of similar events (DPs, MMs, Imagine conferences…), we wanted to welcome everyone and bring Magento people to our country. At first, we were considering Meet Magento, but Developers Paradise was a much better choice, as it turned out.

V: I see. And how far out did you start planning the event?

A: We started from Day 1 when we signed the agreement with Meet Magento Association, and that was some 8­-9 months back.

V:  If you had a time machine and could go back to the past, what piece of advice would you give to yourself? Would you change any of the approaches you used in the organization process?

А: Keep calm and power through.

Of course, there are many things we would do differently now that we have the experience, and many of those would have to do with lowering the pressure we put on ourselves. We wanted to organize a great event (which we hope we did) so there were many things that we saw we might have done just a bit better here and there.

V: And if it’s not a secret, how many people made it all happen?

A: I was just one member of a team that put all of this together. In fact, my colleague Nandino Loncar was heading the organizing team, and upon the whole, we had the total of 11 people heavily involved into the process, so this is where all the praise should go.

V:  Now, with the help of Meet Magento app, attendants can rate keynotes and speeches. Last time I checked it, the most popular keynote was the one by Bill Curtis (about Magento 2 Web APIs). In your option, what were the best, most exciting and useful speeches delivered at the conference?

A:  It was actually a 3-­way tie ­ Bill Curtis, Guido Jansen and Jisse Reitsma all came in first place with the same average score of 4.8

And I wasn’t actually around at all speeches, but what I saw as two great moments were the talks by our own Hrvoje Jurisic on M2 frontend which had the huddle­up discussion between some 15-­20 people continue well into the break ­ that was cool as it certainly stirred some feelings.

Another good moment was when Ben Marks asked everyone to speak really openly about everything that bothers them with Magento 2 in its current state. These are the moments that show what a great community we have built around Magento.

V: Where there any topics you think should have been touched during the conference?

A: I believe we have touched on all key challenges Magento 2 is facing, from both technical and even merchant perspective (even though there were no merchants on the conference, but that just showed that we care for our clients as much as we do about code quality).

V: What was the most memorable event at Developers Paradise for you personally?

A: Except for the parties? 🙂

Well, there were a lot of great presentations, and I mentioned a couple of those presentation moments before, but to me the favorite moment of the conference was finding out that we have a newly engaged couple ­ Daniel Sousa and Diana Santos got engaged in Opatija, and that is one story that takes the cake, even with all the Magento 2 talks.

V: As your CEO, Tomislav Bilic tweeted out, there are more and more female developers attending Magento events. What do you think of the trend?

A: I think that’s great.

Development is really one of those professions where there are no obstacles (other than those in our minds) for women to excel at ­ and I love the fact that we proved that DP (or any other Magento event) is not “just for the boys”.

A: At the beginning, several years back, Developers Paradise was thought of more as a getaway to a nice resort and a way to reward some of your key developers.

This year, and for a reason (Magento 2), we decided to put a great focus to the agenda ­ the speakers and the topics. And it was a good decision judging by all the comments. One thing that makes it stand out is that there are no merchants at this event so perhaps the developers feel more at ease to speak freely without that feeling “can I / should I say this about Magento?”.

V: And my last question to you – does Inchoo have any plans to organize Developers Paradise next year?

A: I’ll tell you this ­ just before the conference we were quite exhausted with all the preparations work, if you asked us that question then you would’ve gotten a clear “no way!” 🙂

But now, after the conference and gathering our thoughts, we’d probably be interested in putting this all together again. We haven’t made any plans yet, and this is ultimately the decision to be made by Meet Magento Association.

We thank Aron for the interview and wish him and all the people from Inchoo team all the best!