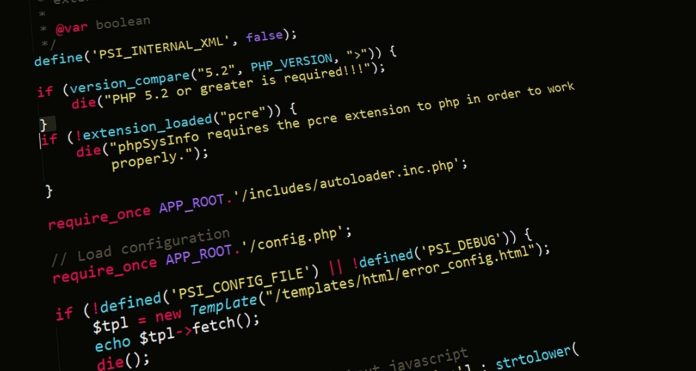 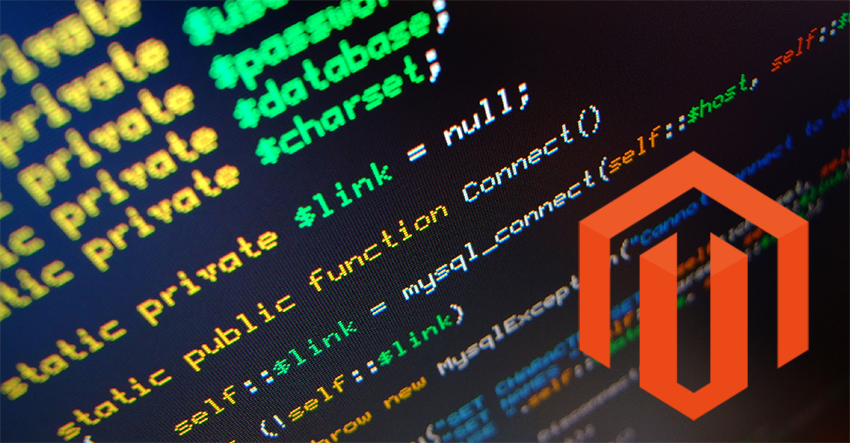 As it’s been a while now since Magento 2 is out, many merchants have transferred their stores on to the newer version. Developers have also started to get their hands dirty with it.

According to opinions that are circulating in the community, most developers are facing the issue on CSS preprocessing. So I decided to walk you through this issue and clear your concept about the process.

In Magento 1, the standpoint of the frontend developer is a piece of cake, as they mostly work on custom projects. All you have to do in this case is to include your CSS files through XML in the action tag like this:

In Magento 1, you can use whatever you want, it is up to you.

Also, the first theme that came out with Magento 1.9 was Madison Island theme, was using SaaS preprocessor for compiling CSS.

In Magento 2, the preprocessing of the CSS file is a lot different story.

With the new version of the platform you have to include the CSS through XML, and the files look different. The main CSS files are located in /pub/static/frontend/Magento/theme/en_US/css/styles-l.css

This is the basic CSS file from Magento 2:

In Magento 2 these .css files are compiled. If we talk about the layout of the blank theme of Magento, we’ll see that the .css files that are included are:

This is how the request workflow works in Magento 2. 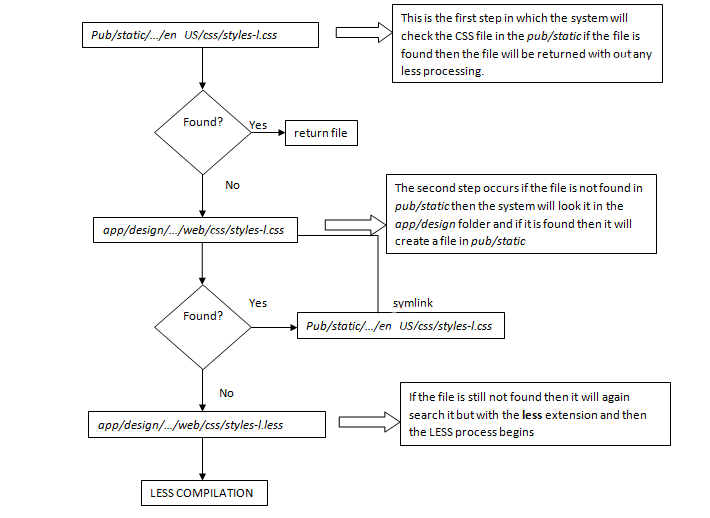 The following are the modes of compiling .less files to CSS:

1.  Server Side: This mode is the default compilation mode. If your application is in the production mode the compilation is done on server and uses the LESS PHP library.

2.  Client Side: If your application is out of production side then the compilation is done on your browser using the native less.js library

How to Config LESS Compilation Modes?

1.       From the Magento Admin go to Stores > Configuration > ADVANCED > Developer
2.       Next, select Default Config from the Store View drop-down list
3.       In the Workflow type select the compilation mode (right under Frontend development workflow)
4.       Save the changes by clicking on the Save Config button
5.       Make sure that the compilation mode is the same for both website scope and Store View. That can be done by checking and making it same the Frontend development workflow option that is done on step 3.

We will drive through both the server side and client side compilation mode styles debugging.

This is the step, which the LESS processor follows is doing compilation at the server side. The process is done for each CSS file included in the layouts.

1.       First, the processor checks whether the requested .css file is found. If yes, then it stops the execution and proceeds to step 2.
2.       Next, the processor changes the extension to .less and then finds the file using the Magento fallback mechanism. If it is not found, then it stops the execution and jumps to the next step.
3.       After the file is found, the processor reads the .less file content and resolves the @magento_import and default [email protected] directives </code>.
4.       Next, using the Magento fallback mechanism, it will now resolve all the paths in the system. The resolved files get copied to var/view_preprocessed/less.
5.       Now, after all the paths are resolved, the source files get passed to PHP LESS compiler. Next, the compiled .css files are published to pub/static/frontend/<vendor>/<theme>/<local>.

In order to apply your changes in the server-side compilation, you need to clear the pub/static/frontend/<vendor>/<theme>/<local>. You have to delete the directory in the system and then restore the pages. If this does not happen, you will need to clear the var/cache. Also, you have to clear  var/view_preprocessing directories.

Alternatively, you can also use the Grunt Java Script task runner to streamline the process of applying and debugging style customizations on the server side.

To see how to Compile LESS with Grunt, scroll down to Client Side compilation mode.

The client side and the server side follow the same flow. The only difference occurs at the 5th step of the server side LESS compilation. Following files are now published to  pub/static/frontend/<vendor>/<theme>/<local>:

As mentioned above, the LESS compilation at the client-side is implemented using the native less.js library. The configurations are set in lib/web/less/config.less.js by default. You can change it whenever needed.

You can find all the LESS related documentation at http://lesscss.org/usage/#using-less-in-the-browser . Here, most of the stylesheet changes will be shown immediately after you have reloaded a page in the browser.

These are the cases in which you have to clear the pub/static/frontend/<vendor>/<theme>/<local>:

You might be wondering what @magento_import directive is. It is the Magento-specific LESS directive in which multiple files are stored with a name pattern. Also, it allows you to store files with the same names, but with the different locations. This directive can be used in the root source files of the theme only known as @magento_import.

The @import directive only contains a single file that is found according to the static files fallback.

Rules and Regulation of the Usage

There are some rules that concern the usage of this directive in your system during the compilation AND while including .less file using this directive. These are listed below:

1.       The LESS preprocessor will ignore the @magento_import if it is not commented with two slashes (//) in order to avoid any conflicts with original LESS syntax.
2.       This directive must contain the file path. This path is specified to the file, in which the directive is called, put is in either single (“) or double quotes (“”). \

The best practice here is to mention the file extension in the path (but technically you can ignore it).

The built-in LESS preprocessor in the area of static resources does the following steps:

The example below will show you how @magento_import is used before and after the processing in the <Magento_Blank_theme_dir>/web/css/styles-l.less

As you have noticed without doubt, the whole process in Magento 2 of the LESS preprocessing is pretty complicated. Most of the frontend devs prefer using SaaS in combination with Gulp. That is why the community is engaged in some really interesting projects. Who knows what the future brings. In short, the community is speaking of the usage of these technologies, Magento is listening to them and we are hoping for a good outcome.

If you liked this article and if this was helpful for you, then give me you feedback! Or if you want to ask any question then post it in the comments section to get it answered.

How to Remove + Sign from Customizable Option Titles in Magento 2 Programmatically?

How to Add Custom Product Attribute as a Filter for the...

How to Setup and Configure Magento DHL Integration

How to Add Custom Field to Options in Advanced Product Options...